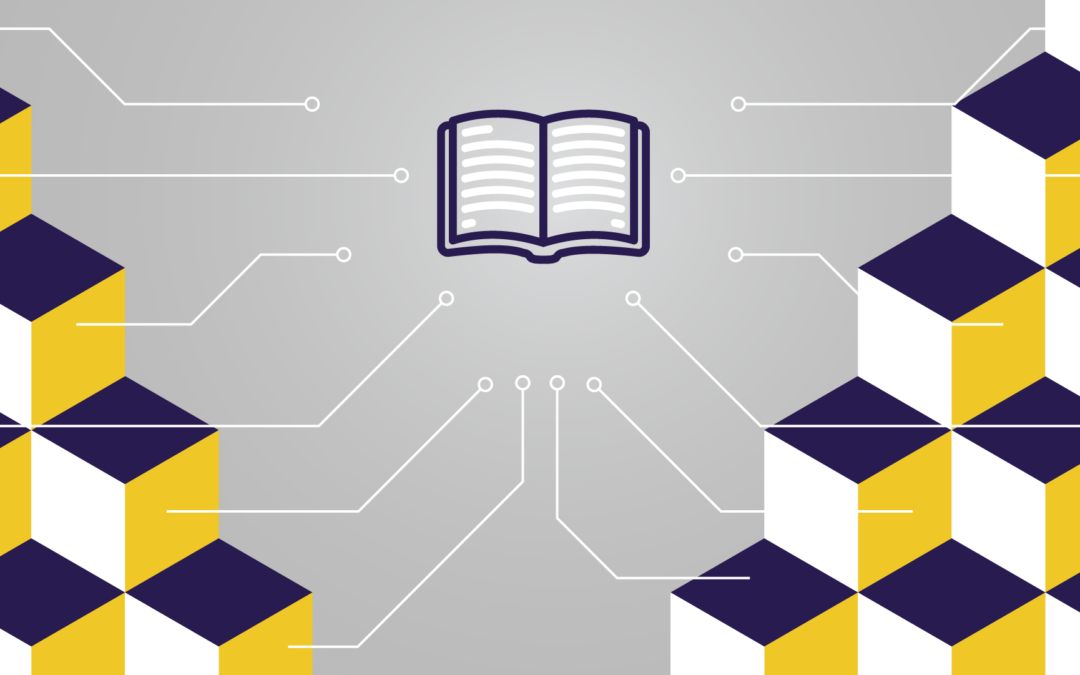 What is Cryptocurrency? (And Other Crypto Terms You Should Know)

From “lambo” to “sats,” the language of cryptocurrency is endlessly creative and evolving. We’ve put together a glossary of the most popular, essential, and amusing jargon, terms, shorthands, and slang.

After browsing through the list below, you’ll come away with:

Term to describe any and all cryptocurrencies excluding Bitcoin.

She invested in about a dozen altcoins including Litecoin and Dogecoin, with the hope that one or more would outperform Bitcoin over the long haul.

Acronym for “all time high;” the highest value ever achieved by a cryptocurrency.

A: Seriously? I never thought it would break $350, its last ATH!

Acronym for “all time low;” the lowest value ever achieved by a cryptocurrency.

He wants the best return on investment, so he’s waiting until Stellar gets within ten cents of its ATL before buying any.

She made a Zcash donation to a charity that autoconverted her gift to USD.

[With The Giving Block, nonprofits that accept crypto donations can autoconvert charitable gifts to cash.]

The annual crypto fundraising season that starts with #CryptoGivingTuesday, and runs throughout the month of December. Its aim is to highlight the nonprofits that accept crypto and inspire crypto users to donate to charitable causes before the end of the calendar year.

Every year that I have gains from my crypto, I’m planning give to charity during Bag Season.

The first cryptocurrency, created in 2008 by Satoshi Nakamoto. Cryptocurrency investors can donate bitcoin to nonprofits and lower their tax liability.

Many people would say that she was smart to buy Bitcoin before 2018 and not sell any, despite market fluctuations.

Digital ledger made up of chronologically-arranged blocks of information, used to record all transactions of a particular cryptocurrency.

As blockchain is more widely understood, its technology is likely to be used far beyond cryptocurrency.

Profits made from the sale of an asset (e.g. a cryptocurrency holding).

Cryptocurrency investors can offset their capital gains taxes by donating crypto to charity.

Digital currency that uses cryptography and blockchain to encrypt, secure, and verify transactions.

According to my neighbor, a software engineer, today’s cryptocurrency boom feels like the early days of the internet.

Within weeks of integrating a cryptocurrency donation platform, we received more than $30,000 worth of donations.

Cryptocurrency donations are a great way to offset capital gains taxes while supporting a great cause.

The Cryptocurrency Giving Pledge challenges the crypto community to donate 1% of their crypto each year to nonprofits; individuals and businesses can take the pledge.

I’m helping to make crypto the most generous industry in the world by taking the Crypto Giving Pledge!

A crypto donation fund created by The Giving Block. The total value of the fund’s received crypto donations will be evenly distributed to TGB’s nonprofit clients.

I couldn’t decide which organization to support, so my crypto donation will go towards the Crypto Adoption Fund, which helps encourage nonprofit crypto adoption.

A commitment started by The Giving Block that anyone can take who would like to donate 1% of their crypto each year to a nonprofit or charitable organization.

I took the Crypto Giving Pledge, even though I make anonymous donations.

The biggest annual occasion for crypto fundraising and giving, which strengthens the culture of charitable giving in the crypto community. Crypto Giving Tuesday was created in 2019 by The Giving Block to help drive crypto donations and encourage more nonprofits to accept cryptocurrencies like Bitcoin, the best-performing asset of the past decade.

Q: I missed Crypto Giving Tuesday, is it too late to donate?

A: No, you can still donate all throughout Bag Season!

All-encompassing term for the cryptocurrency fundraising ecosystem, including its donors, nonprofits/charities, and giving methods.

After their nonprofit had a challenging fiscal year, the development team planned to diversify giving streams by entering the crypto philanthropy space.

Acronym for “End of Year,” which refers to The Giving Block’s End-of-Year fundraising campaign. Also referred to as the “Year-End Campaign.”

This fall our foundation began accepting crypto donations, just in time for our EOY campaign!

A decentralized blockchain that has smart contract functionality, launched in 2015. Currently the second-most valued cryptocurrency, after Bitcoin.

Online service that enables its users to buy or sell cryptocurrencies.

The “best” crypto exchange is the one that best matches your specific needs for security, supported currencies, withdrawal options, and pricing.

Acronym for “Fear, uncertainty, and doubt;”

They keep telling us to sell our Ether for cash, but they don’t understand crypto, they have FUD!

The very first block in a cryptocurrency blockchain.

The genesis block that Satoshi Nakamoto created for Bitcoin is often referred to as “Block 0.”

An annual global day of generosity, scheduled for the Tuesday after Thanksgiving in the U.S. Started in 2012, #GivingTuesday is now the biggest day in global charitable giving.

Q: When is Giving Tuesday this year?

A: The same day as Crypto Giving Tuesday!

Slang term for “holding” onto a cryptocurrency rather than selling it. Derived from a misspelling of “hold.”

When the value of my favorite altcoin plummeted, I decided to hodl and it was the best decision of my life: now the value is double what I bought it for!

Acronym for “Initial coin offering;” fundraising means used to start new cryptocurrency-based projects in which investors and supporters buy some of a cryptocurrency’s tokens for future use, with the hope that the project succeeds and the value of the tokens exceeds what the price of purchase.

Their small team is hoping to raise $1M and is setting a date for its ICO sometime this fall.

Acronym for “Joy of missing out;” often uttered after a crypto’s price drop by a trader who is glad to have not taken a certain position.

Everyone told me to invest in Ethereum, but then its price dropped by 20% the next day. I guess I have a case of JOMO!

Acronym for “Know your customer;” refers to a set of standards used to verify the identities of customers.

Abbreviation for “Lamborghini,” a luxury Italian brand of sports car; term used to ask when a coin will be valuable enough for its investors to afford a Lamborghini.

“We just launched our token yesterday!”

A meme in which a photo is altered so that the subject’s eyes appear to glow red; often seen in profile pictures of Bitcoin supporters who want the cryptocurrency’s value to climb to $100,000.

I didn’t realize how mainstream Bitcoin was until I saw all the celebrities with laser eyes in their Twitter profile pictures–I might go buy some!

The total value of all of a cryptocurrency’s tokens, not only a single token.

A sudden increase in the value of a cryptocurrency.

“Check out the exchanges today, Ravencoin is mooning!”

A unique cryptographic asset that can be used to represent a real-world or digital item (such as an artwork).

Unlike a cryptocurrency token, which is fungible, an NFT is an irreplaceable single token.

A donation given to charity, often in the form of proceeds from an NFT auction. As NFTs have gone mainstream, more and more creators and philanthropists have taken interest in donating NFTs to nonprofits.

An artist that I manage wants to raise money for disabled veterans by auctioning off an NFT, and giving the proceeds directly to a charity.

Person who does not own any cryptocurrency.

By 2050, crypto will be so mainstream that nocoiners will become a rarity.

Acronym for “Original Gangster” (a term borrowed from hip-hop culture); person involved since the early days of Bitcoin, altcoins, or cryptocurrency in general.

Q: How did she retire so early?

To avoid any digital security breaches, the only place that my private key is written down is in a piece of paper that serves as my paper wallet.

Q: How are you safely storing your private key?

A: I wrote it down on paper and stored it in a safe place!

Unique wallet address that is used to accept cryptocurrencies.

The coffee shop posts a QR code for its wallet so that customers paying in crypto don’t need to copy and paste their public key.

Barcode shaped like a square; used in cryptocurrency to make a digital wallet address easily and quickly scannable for mobile wallets.

Q: Can I pay for this in crypto?

A: Sure, all you have to do is scan our QR code.

Originated from a misspelling of the word “wrecked;” refers to a person or coin that has suffered major financial loss.

Joe got rekt when every coin he’s hodling crashed on the same day.

Originated from a viral video from the CEO of Binance that used a misspelling of the word “safe,” and now also refers to Secure Asset Fund for Users, an emergency insurance fund on the crypto exchange Binance.

I dreamed that I lost my private key, but when I woke up my funds were still safu.

I can’t afford a whole BTC, but I got my hands on some sats!

A blockchain protocol that can automatically execute certain actions when predefined conditions have been met, used to reduce the need for third-party involvement in crypto transactions.

After talking it over, we decided to keep banks and lawyers away from our agreement, and instead we agreed upon a series of terms that we put into a smart contract.

Any cryptocurrency that has minimal price volatility, often backed by a reserve asset.

Stablecoins are seen by some as a hybrid between decentralized cryptocurrencies and reserve-backed currencies.

A considerable price drop of a cryptocurrency.

My biggest fear isn’t that Bitcoin will tank, it’s that it will get so valuable I can’t afford to keep buying more sats!

A fundraising effort to help small businesses impacted by the COVID-19 pandemic across America, which raised over $1M from crypto donors.

My first crypto donation was to the Barstool Fund, but it won’t be my last!

The Giving Block (or “TGB” for short) makes Bitcoin and other cryptocurrency fundraising easy for nonprofits. The Giving Block empowers mission-driven organizations, charities, universities, and faith-based organizations of all sizes to leverage crypto technology to achieve their mission.

Our organization added crypto as a fundraising revenue stream when we partnered with The Giving Block.

BAT is a token on the Ethereum blockchain.

State of a transaction when it is yet to be appended to the blockchain.

A crypto transaction usually takes a few minutes before it goes from unconfirmed to confirmed.

Measure of how often and how drastically the price of a cryptocurrency changes.

Volatility is a consideration for any investment, whether it’s in gold, or cryptocurrency, or stocks.

Description of an investor that sold all or part of their holdings, often due to volatility-caused anxiety.

The coin only dropped by 10% and all of these weak hands are selling.

Someone who owns large amounts of cryptocurrency.

Q: How much cryptocurrency do they own?

Some exchanges use XBT instead of BTC as the ticker.

Alternate term for an unconfirmed transaction on the blockchain.

If you try to double-spend a cryptocurrency, the transactions will probably show up as zero confirmation transactions.

Want to change the world with crypto? The Giving Block can help.