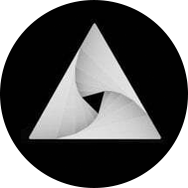 API3 is the native token of the API3 project. It gives its holders the right to take part in the governance of the API3 ecosystem through the API3 DAO. To generate shares in the API3 DAO, token holders have to stake the API3 tokens into the insurance pool, which also gives them access to weekly staking rewards. The token was created to allow decentralized versions of APIs to be built, managed and monetized at scales. As blockchain technology plays an ever bigger role in the economy — from decentralized finance to supply chain management — the team behind this project says it has never been more important for smart contracts to provide “timely, reliable real-world data.”

How to Accept and Donate API3 to Charity
Accept API3 Donations

Hundreds of nonprofits are choosing to set up platforms for crypto donations because it will help them:

Find out why Save the Children, American Cancer Society and hundreds more are choosing the The Giving Block’s tools and services:

Investors can become donors by giving a portion of their crypto gains to charity.

Feel great about giving to a nonprofit that accepts crypto donations:

Ethereum is a decentralized, open-source blockchain with smart contract functionality.

Bitcoin is a decentralized digital currency, that can be sent from user to user on a peer-to-peer network.

5 Reasons Why Donating Crypto Can Lower Your Taxes

In recent years, we’ve seen hundreds of millions of dollars in cryptocurrency donated to nonprofits.

Cryptocurrencies Accepted by The Giving Block